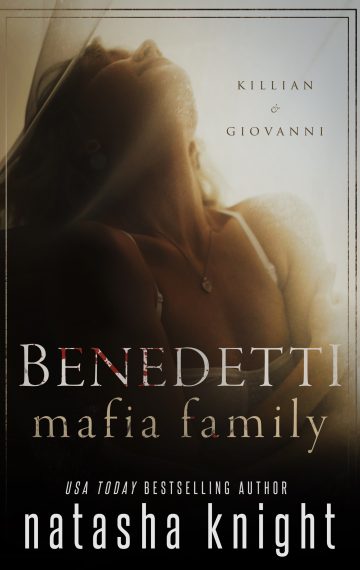 The Beast had Belle.

Killian Black has me.

How I got here doesn’t matter, even though he says it does. Says it was my choice. He doesn’t get it, though. It wasn’t ever a choice for me.

And now, he’s changing the rules.

The agreement was one month. For thirty days, I’d be his. He’s no longer satisfied with my body alone, though. He wants my soul, too. Wants every part of me.

And even though I can pretend I’m safe when I lie beneath him, this man does something to me. Something wicked.

A thing that will break me.

I didn’t know who Giovanni Santa Maria was the night I walked into my apartment to find him sitting in my chair drinking my whiskey while his men stood sentry. I didn’t need to know to understand he was dangerous.

But he knows who I am and he needs something from me.

Something I can’t give him.

I’m a cartel princess. But my family was betrayed, the cartel toppled. And I’m not supposed to be alive.

Giovanni finding me means my enemies will find me too. But I’ve caught his attention and he wants more than my secrets.