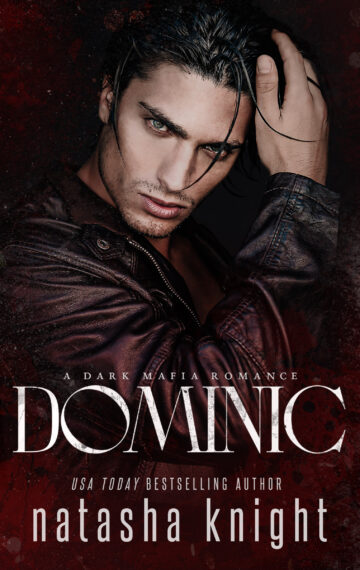 I’m the daughter of a foot soldier. The sister of a snitch.

Monsters have been part of my life for as long as I can remember, but the morning I woke in that cold, abandoned cabin with Dominic Benedetti looming over me, I knew I’d met the darkest of them all.

He took me to break me. But I’m not so easy to break. And when he saw the mark on me, everything changed.

But I’ve never believed in fairy tale endings and happily-ever-after doesn’t belong to people like us.

Some love thrives in the light.
Dominic and I, we belong in the dark.

I’m the last-born son of the Mafia King.
The one with nothing to lose.

I walked away from my family. Turned my back on everything that should have been mine and became what I was meant to be.

Until the day I stood over Gia cowering in the corner of that decrepit cabin in the woods. Until I saw the mark they’d put on her.

It was then I understood something my father used to say. Keep your friends close, your enemies closer.

My enemies had overplayed their hand.

It was past time I returned to the family. Past time I collected the debts owed me. And long past time I punished those who betrayed me.

Read an Excerpt from Dominic (The Benedetti Brothers, #2)