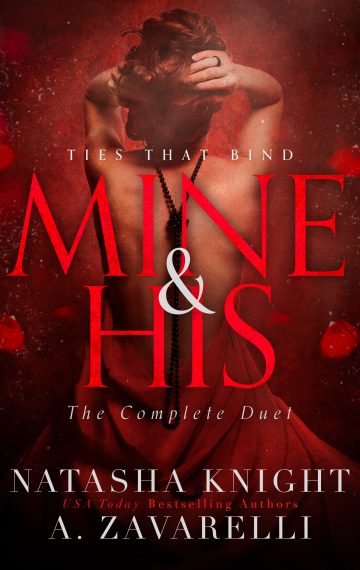 She was never supposed to walk into my club.

I shouldn’t have looked twice at her.

The criminal underworld is no place for a girl like her.

One night with Katerina isn’t enough, but men like me can’t afford to be weak.

So, I tell her to leave me behind.

She does, but not before she sees something she shouldn’t.

When she goes into hiding, it’s my duty to hunt her down.

I have a job to do, and she needs to disappear for good.

And the little boy right beside her looks just like me.

I’ve been in hiding for four years. On the run from the man in whose bed I once slept.

I saw something I shouldn’t have seen.

Took something I shouldn’t have taken.

And he’s just found me.

But it’s not just my safety I have to worry about. I have a little boy. His little boy. The secret baby of a Russian mobster.

He told me in no uncertain terms that I’m his. That we would be a family.

But his uncle still wants me dead and I know the man who’s been hunting me is the only one who can keep us safe.

Find Mine & His: Ties That Bind The Complete Duet Online